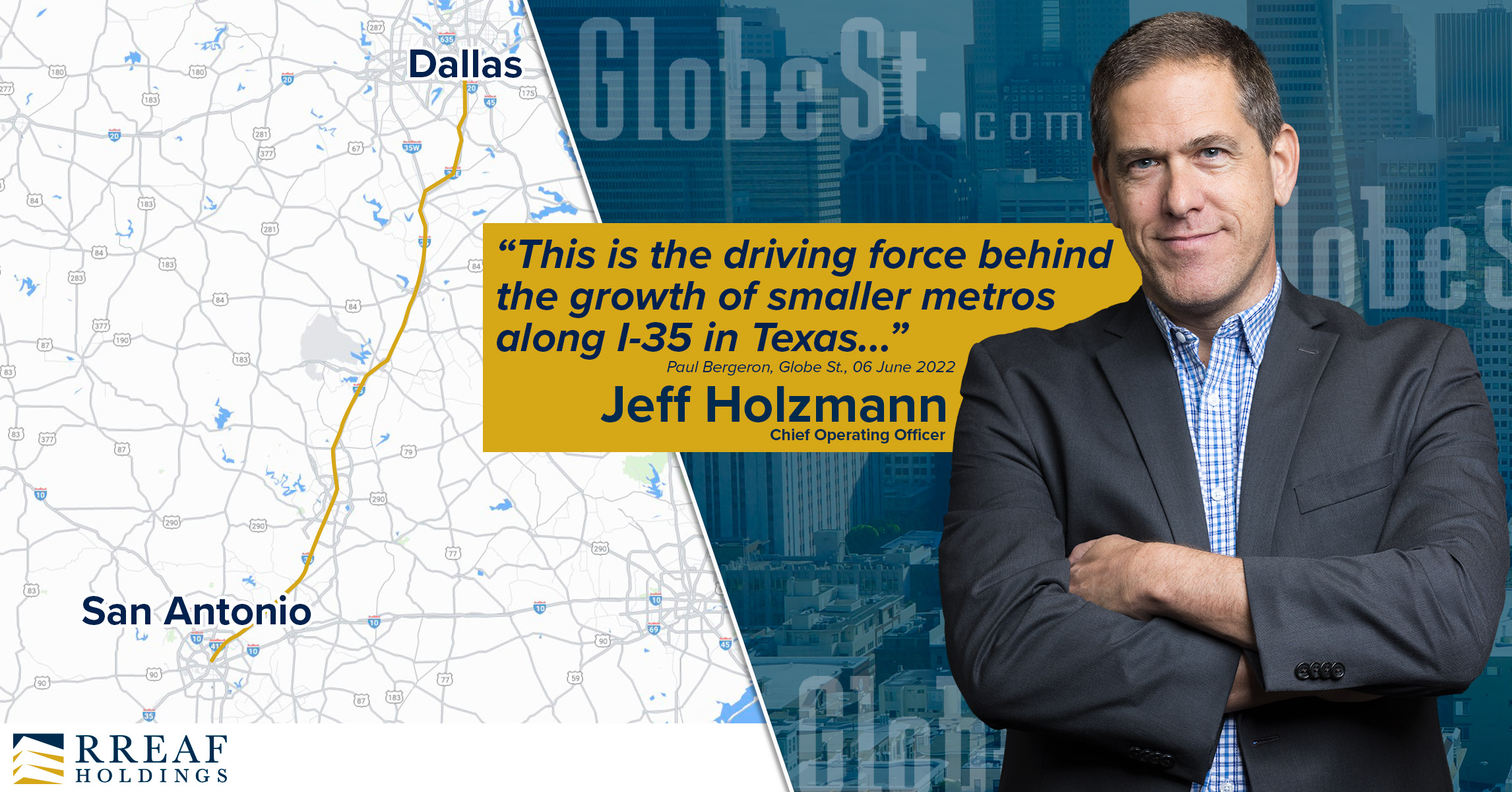 Given rising housing costs and mortgage rates, migration is slowing in primary markets such as Austin, Las Vegas and Nashville and secondary markets such as San Antonio are the beneficiaries, according to a report last week from Redfin.

Those moving today are seeking to strike a balance between living in a large metro that offers food, education, entertainment, and quality of life – but balancing those desires with the cost of living and quality of the space they can own, according to Jeff Holzmann, Chief Operating Officer at RREAF Holdings.

“This is the driving force behind the growth of smaller metros along I-35 in Texas,” he said.

“I’ve seen a wave of people moving from Austin to San Antonio this year, and affordability is always the number-one reason,” San Antonio Redfin agent Chelsea Knox said in a release.

Austin Left in the Dust

San Antonio ranks 10th on Redfin’s list of most popular migration destinations with 6,000 Redfin homeowners looking to come rather than go in Q1; a year earlier that number was 4,000.

Left in the dust is the state capital. Austin watched a net inflow of roughly 3,000 homebuyers in Q1—down from a peak of 11,000 a year earlier; it no longer ranks on Redfin’s list of popular migration destinations.

The gap between home prices in San Antonio and Austin has gotten bigger throughout the pandemic, with the typical Austin home selling for $555,000 in April. That’s up more than 70% from $325,000 since April 2020—the biggest increase in the country.

“But it’s not just about affordability: San Antonio’s southern hospitality, cultural events, beautiful views, rolling hills and military bases attract a lot of people from out of town,” Knox said.